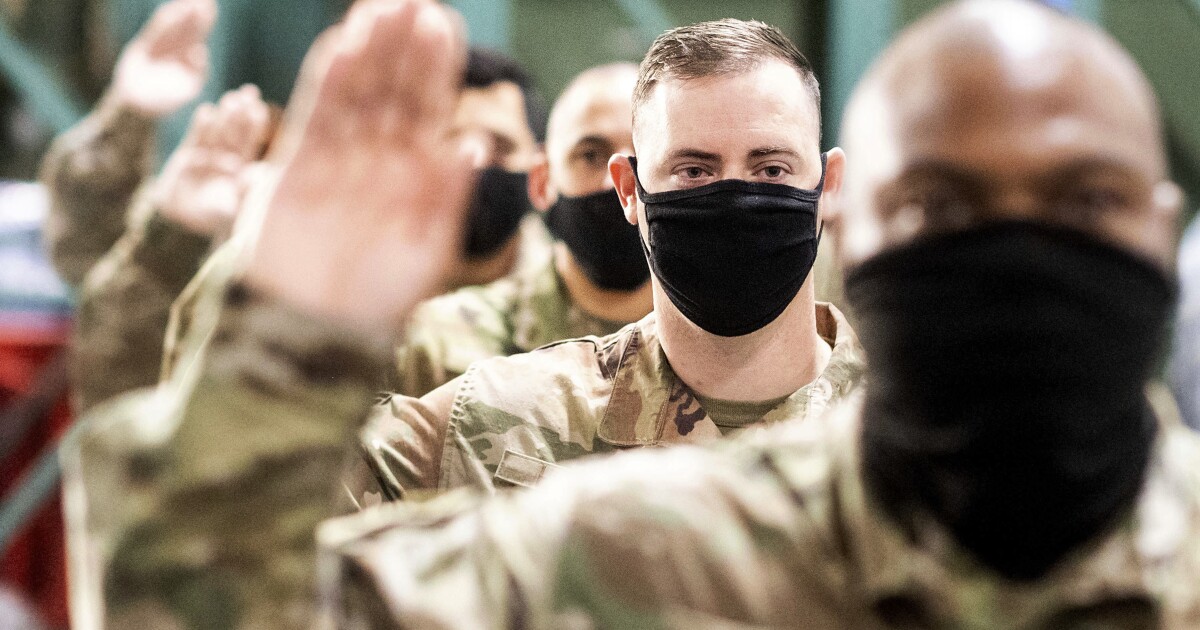 One of the US Space Force’s three main prongs, the division that will develop and buy space technologies and services, will be based in the Los Angeles area, officials announced Thursday.

The Los Angeles Air Force Base’s Space and Missile Systems Center in El Segundo will become the headquarters of the planned division, which is named Space Systems Command. The division is set to become official this summer after its commander is selected and received Senate confirmation.

Space Systems Command will be in charge of developing and acquiring space capabilities, including launch services and developmental testing. It will also oversee the Space Force’s science and technology activities.

The Space and Missile Systems Center has gone through a number of reorganizations since it began in 1954, but “this is clearly the most significant reorganization to date,” Lt. Gen. John F. Thompson, the center’s commander, told reporters Thursday. He also described the center’s location, in what has been a seat of the nation’s aerospace industry for generations, as a “very unique space acquisition ecosystem.”

“A huge part of our nation’s space industrial base, our innovation, our capability to field the systems that we do, is right here in the LA area,” he said. “There are great hot spots for space acquisition and other, many ecosystems around the United States of America… but right here in the LA basin is a large majority of all the folks we work with on a day-in, day-out basis. “

Once other organizations are moved under the umbrella of the Space Systems Command, the division will have as many as 11,000 total personnel, Thompson said.

One of the Space Force’s two other planned divisions is already established. Space Operations Command, which was created in October and is based at Peterson Air Force Base in Colorado, is in charge of military space assets such as satellites. The other, Space Training and Readiness Command, is set to be established this year and will focus on training Space Force personnel.

Created in 2019 As the first new US armed service since 1947, the Space Force was established with the mission of protecting US interests in space – operations that had been spread throughout the nation’s other military branches. Some of those operations have already transitioned to the Space Force, which has also been gaining personnel and funding.

Here’s what to know about the risk of blood clots and...