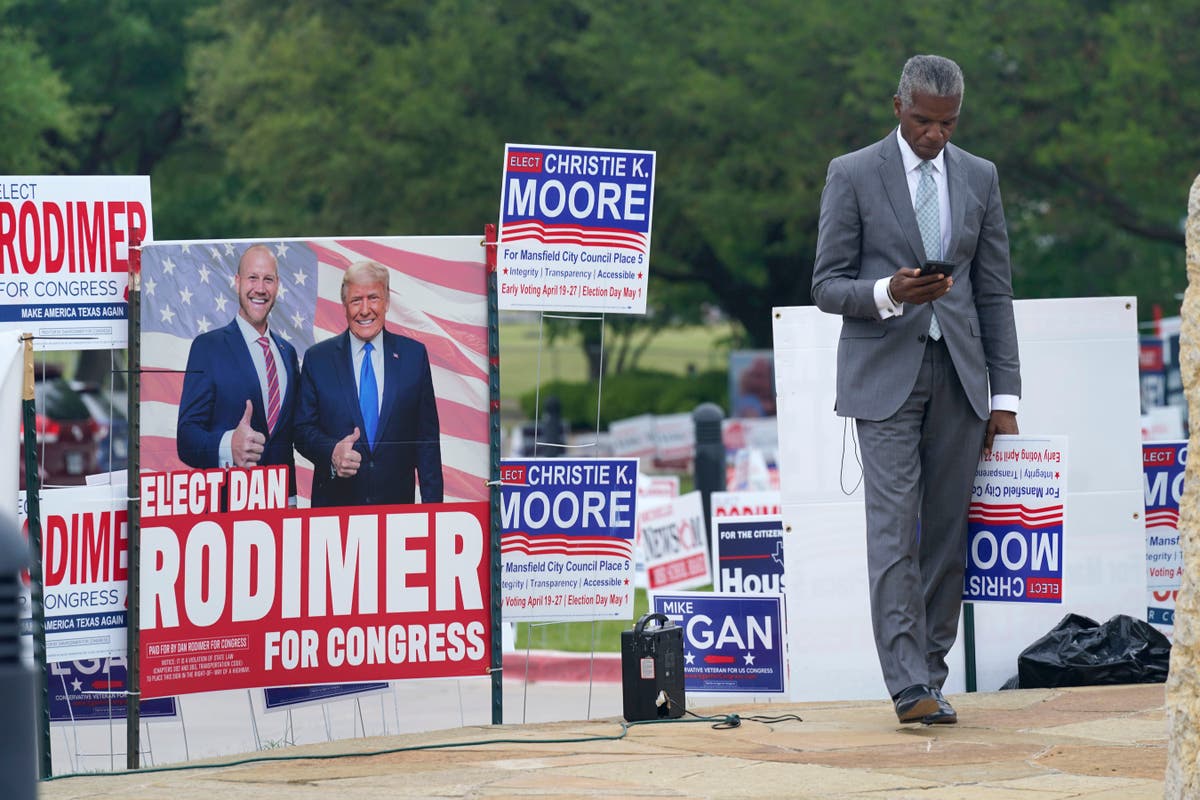 
The widow of a Texas congressman who died after contracting COVID-19 carried Donald trump s endorsement into a special election Saturday, while Democrats and GOP critics of the former president hoped voters would instead send a surprising message to the rest of the US

The race has drawn only modest attention beyond Texas’ 6th Congressional District, which includes the booming corridor between Dallas and Fort Worth. Still, it poses an early test of suburban voters since Trump left office.

Trump waited until just days before the election to endorse Susan Wright, a GOP activist and widow of the late Rep. Ron Wright, who in February became the first sitting member of Congress to die after being diagnosed with COVID-19. Susan Wright had already been seen as a favorite in a crowded race to fill the seat of her late husband, who won the district by 9 points in November.

Nearly two dozen other candidates are on the ballot, making it likely that Saturday’s top two finishers will advance to a runoff if no one captures more than half of the vote.

Most of the Republicans in the running have made flagrant appeals to Trump and his supporters in a race that at times has resembled a typical Texas GOP primary. The lone exception is Michael Wood, a combat veteran whose campaign has become an early test for Republican Rep. Adam kinzinger of Illinois, who is trying to lead a revolt in his party away from Trump.

For Democrats, the district is one they ambitiously considered a target in 2020. Ten Democrats are on the ballot, but nationally, the party and its allies have steered clear of the race after their massive expectations for Texas last year again ended in a demoralizing showing .

In Louisiana, a special election in March ended with Republican Julia Letlow easily winning a race to fill a US House seat that her husband, Luke, couldn’t fill because of his death from complications related to COVID-19.

Kids are taking governments to court over climate. And they are starting to win

Earth shivered for the second time within 3 weeks: Earthquake tremors...

Woman shot in the head during Myanmar coup protest dies