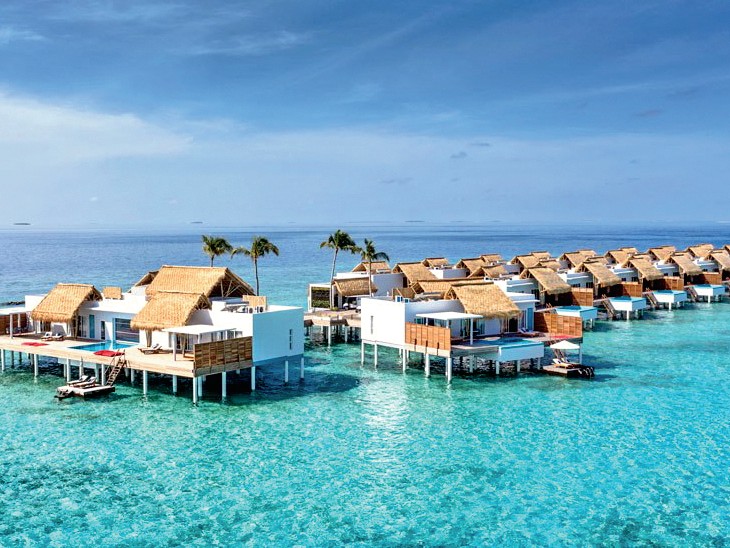 Maldip has the highest number of tourists from India, while China, Japan and D. Korean tourists have declined by up to 98%.

Indian tourists are reaching Maldives in large numbers to escape from Corona. The number of Indian tourists there has increased by 50% compared to last year. In the first two months of the year, 44 thousand Indians arrived there. Which is double compared to 2020. According to the Maldives Tourism Department, the highest number of tourists are reaching from India, while China, Japan and D. Korean tourists have declined by up to 98%.

Experts related to tourism say that in the last few days, one lakh or more coronas infected are getting in the country. Businesses have been closed again due to the second wave. Many cities have gone into lockdown again. That is why people want to celebrate holidays at far-flung tourist places. Anyway, vaccination of all people will take a long time, so people have started planning to move to safe places.

Pradeep Sharma, head of Kolkata’s Agwani Travels, says that earlier the Maldives used to be high-end destinations. But now the hotels there are offering attractive deals. South Asia is completely closed. Thailand also could not open. It has also come into the limelight with the arrival of a large number of Bollywood actors. Maldives and India started air bubble, this could cause movement of both countries during Kovid.

Local airlines are offering cheaper options. Vistara has launched non-stop flights between Mumbai and Male. On the other hand, Maldives has also made it easy for tourists to reach. If they show a negative report 96 hours before starting the journey, then they will not have to remain quarantine. While quarantine has been made compulsory for people coming from outside in Britain and many other countries.

Avoiding going to Dubai due to excessive heat and strict Corona guidelines
Maldives is an island country located in the Indian Ocean. It is a group of about 1200 islands. 200 islands are inhabited only, while 12 islands are for tourists. Dubai and Maldives have been favorites for Indians. Nishant Pitti of Easy Trip Planners says that going to Dubai there will be a corona test, but this is not the case in Maldives. Due to this, tourists are increasing in Maldives. It is hot in Dubai at the moment, so people will not want to go there.

Key questions as EU watchdog rules on AstraZeneca – Times of...

Israel, Bhutan ahead of US, 93% of adults were vaccinated with...

What does the UAE have to gain from India-Pakistan peace?