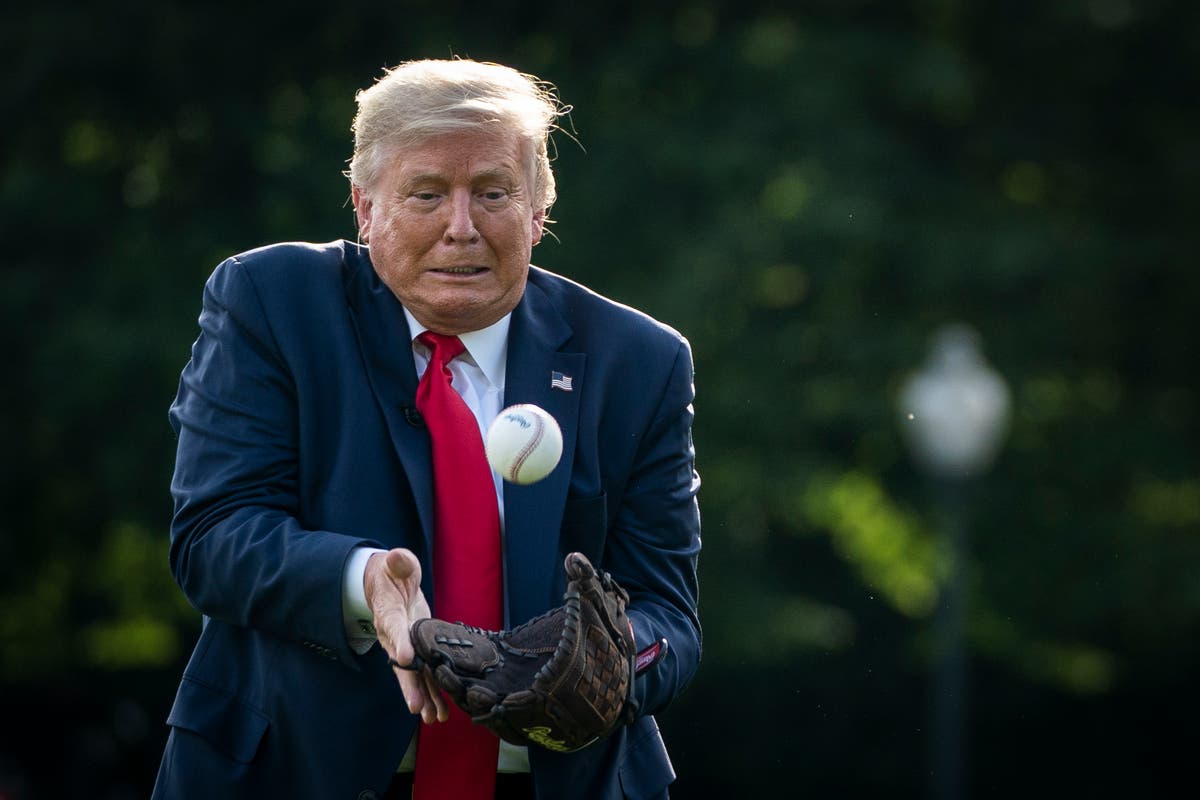 
Donald trump has urged his followers to completely boycott baseball as he admitted he “doesn’t know what the hell he’s watching.”

The ex-president said that baseball games are “not appropriate” after MLB ‘s decision to move the All-Star event out of Atlanta in the wake of Georgia‘s new restrictive voting law.

“A woke group of people … and that’s baseball and people are tired of it … they decided to hurt the people of Georgia by moving it out and it’s just ridiculous,” Mr Trump told Newsmax host Heather Childers.

Mr Trump argued that conservatives should now boycott “woke” companies, and was asked if that extended to the game of baseball as well.

“Look, I’m just not very interested in baseball for the last number of years,” the one-term president replied.

“I think it’s not appropriate.” You want to find a game? It’s on every channel yet you can’t find anything. It’s the weirdest thing. It used to be a nice, easy thing to follow. “

And he added: “Today, you don’t even know what the hell you’re watching”

“I would say boycott baseball, why not? I think what they did was a terrible thing, ”he said.

It has been harshly criticized by Joe Biden and resulted in a string of lawsuits from civil rights groups.

Major businesses in the state have also added their voices to the widespread criticism of the law, introduced by Republicans after Mr Biden’s win in November and the loss of two US Senate seats in January.

Mr Trump has also called for a boycott of Coca-Cola, after he criticized the law, but was photographed with a secret bottle of the soda apparently hidden behind a telephone on his Mar-a-Lago desk.

VIDEO shaking the suicide: Chinese youth jumped into a furnace with...