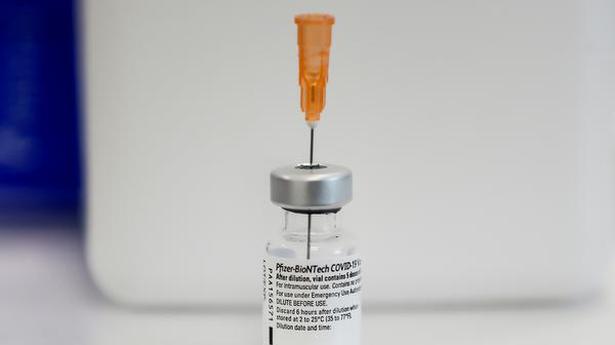 The US will purchase half a billion doses of the Pfizer-BioNTech COVID-19 vaccine and donate them to 92 low and middle-income countries and the African Union. The vaccines will be shipped on August onwards, with 200 million doses distributed this year and 300 million by the middle of next year, according to a ‘fact sheet’ released by the White House. Rich countries have come under increasing pressure to not sit on orders of excess vaccines as many in middle and lower income countries remain unvaccinated.

The news of President Joe Biden’s plan broke on Wednesday, as the President was en route to the UK to attend the G7 meetings. Mr. Biden is expected to formally announce the plan on Thursday evening from Cornwall, following his bilateral meeting with UK Prime Minister Boris Johnson.

The US will work on delivering the vaccines via COVAX, an international coalition that is involved with global vaccine access. Mr. Biden is expected to emphasize, in his remarks, that his plan will give lower income countries access mRNA vaccines, which have been mostly used in rich countries to date, partly owing to more stringent cold chain requirements, which are harder for poorer countries to ensure .

Pfizer will sell the doses to the US government at a “not for profit” price, the Washington Post reported. The doses will be produced at Pfizer’s plants in Michigan, Kansas, Missouri and Massachusetts, with a combined workforce of at least 7,500 people, according to the White House. The current administration has been keen to tie its foreign policy to domestic goals and the local economic impact of the massive vaccine order is something Mr. Biden is expected to stress in his remarks, as per the White House’s outline of the speech.

Separately, the US has already begun shipping 80 million doses of mostly AstraZeneca vaccines to other countries. Three quarters of these are being allocated through COVAX and a quarter is being shared bilaterally. India is also going to be in receipt of some of these vaccines but numbers are not likely to be more than a few million. When asked at Wednesday’s press briefing, State Department Spokesperson Ned Price did not confirm the total number of doses India would receive.

In response to a question on how many vaccines India would receive, Ministry of External Affairs Spokesperson Arindam Bagchi said that the government was awaiting details of the US plans.

External Affairs Minister S. Jaishankar was in Washington at the end of May to discuss, among other things, vaccine procurement for India including manufacturing within India. However, regulatory issues remain even a supply chain issues are easing up, partly due to the US releasing AstraZeneca, Novavax and Sanofi vaccines from the purview of its Defense Production Act which had resulted in export controls for raw materials that go into manufacturing these inoculations.

Foreign Secretary Harsh Shringla met with US Chargé D’Affaires Daniel Smith in New Delhi on Wednesday to discuss, among other things, cooperation on COVID-19 and vaccine supplies.

Court Allows Suez Canal To Keep Holding Ever Given: Lawyers