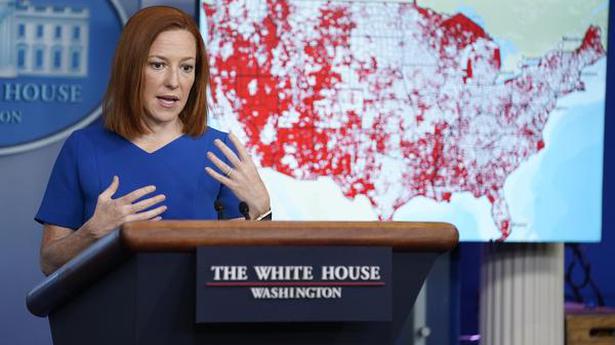 
These are not strategic talks, he said.

The US has said that it expects that the indirect talks with Iran on its nuclear program in Vienna will be difficult and a long process.

The European Union-brokered Iran nuclear talks, which began in Vienna on Tuesday, is being attended by diplomats from the UK, China, France, Germany, Russia and Tehran.

The US and Iran last week said that they would begin negotiations through intermediaries in a bid to get both the countries back into the landmark 2015 nuclear accord which limits Tehran’s atomic programme. Former President Donald Trump pulled the US out of the deal in 2018.

As the key talks began in Vienna, White House Press Secretary Jen Psaki told reporters at her daily news conference, “We expect this to be – these conversations to be difficult.” We expect this to be a long process. And we’re very much at just the beginning period. ” Special envoy Robert Malley is leading the US in the indirect talks with Iran that are being conducted by the European Union.

“The talks are continuing today in Vienna. It’s only the second day of talks. You may have seen a tweet from one of the European officials attending who called this – said, “There’s unity and ambition,” and that was their description of the conversations, “she said.

“This is just a constructive early step. We’re at the early part of the process here. The primary issues, as you know, that will be discussed are both steps that would need to be taken for Iran to come back into compliance and the sanctions relief steps that the United States would need to take, ”Ms. Psaki said.

State Department Spokesperson Ned Price on Tuesday said that he does not expect any immediate breakthrough.

These are not strategic talks, he said.

The American team on the ground in Vienna has had consultations with European allies as well as with Russian and Chinese partners. They in turn have met with the Iranian delegation, he said.

“So in all of this, we have heard more about Iran’s position.” Our partners have in turn heard from us more about our position, which they have then relayed to the Iranians. And in short, this is what we had hoped to accomplish at the outset, really nothing more and nothing less, ”Mr. Price said.

Under the 2015 nuclear deal, Iran had agreed to greatly limit its nuclear programme through 2025. However, Mr. Trump argued that this gave the Iranians a pathway to nuclear weapons.

The 2015 accord is aimed at preventing Iran from developing nuclear weapons. Tehran denies it is seeking such an arsenal.

Iran has stepped up its nuclear work in violation of the accord after US sanctions were reimposed as part of Mr. Trump’s “maximum pressure” policy to weaken the Iranian regime.

US closes business with Myanmar: US says- will not trade with...

Rust on the circus stage: The arms clashed during the ongoing...