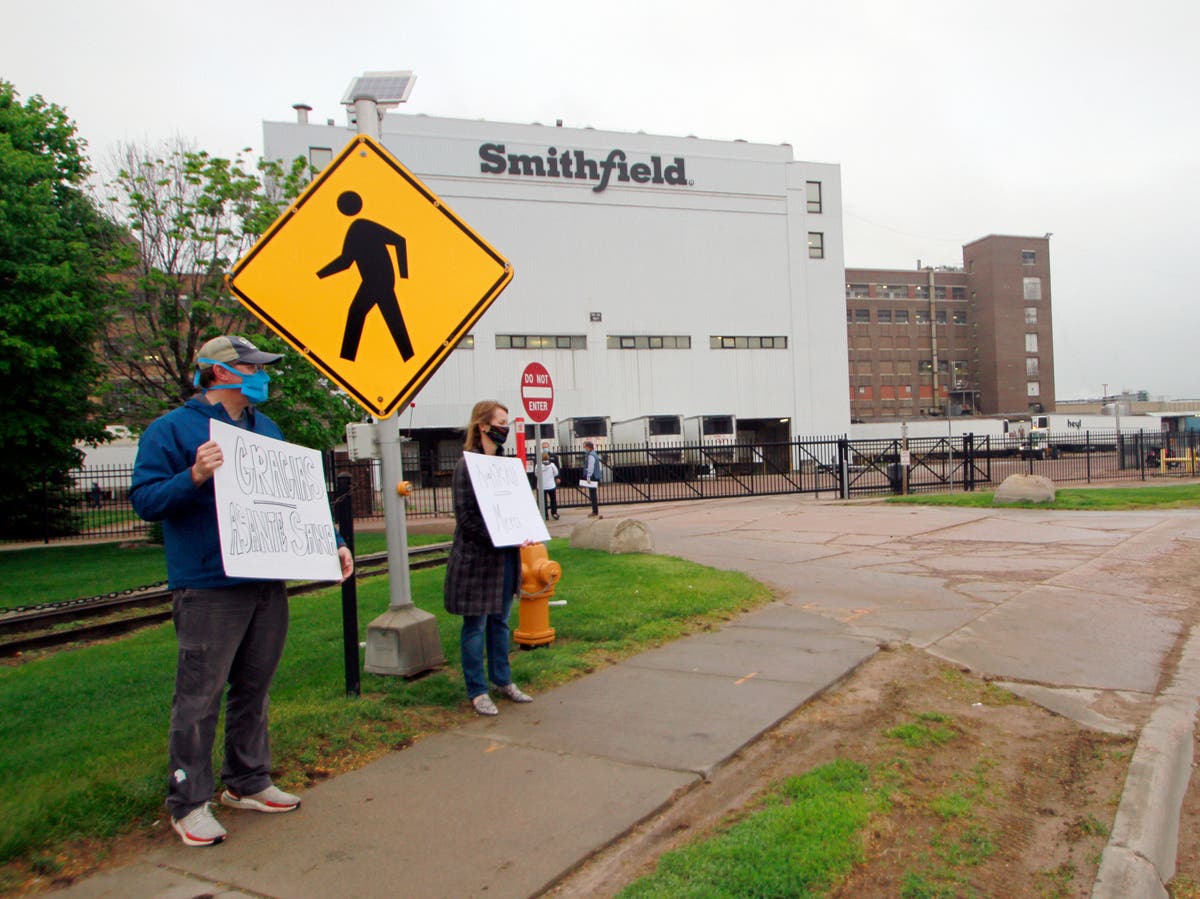 
Workers at a meatpacking plant where nearly 1,300 employees caught coronavirus in an outbreak last year are threatening strike action over new contracts if their demands are not met.

Workers at Smithfield Foods pork processing plant in South Dakota have become emboldened over their dissatisfaction with their employment terms since the covid pandemic hit.

The union for the plant is now demanding that Smithfield boost its wage offerings amid other concessions such as employee health insurance costs in a four-year contract, or face a strike.

“We’re not going to change our stand,” BJ Motley, the president of the local union, said.

A strike authorization at the Sioux Falls chapter of the United Food and Commercial Workers Union (UFCW) was overwhelmingly approved late on Monday with 98 per cent of the vote total, the union said.

Smithfield Foods, which is based in Virginia, has said its initial offer, which was rejected by the union last week, is in “full alignment” with agreements that UFCW has already accepted at other plants.

The company also said that it had outfitted plants with plexiglass safety barriers to prevent transmission and pointed out that after the plant reopened, large outbreaks were avoided.

Mark Lauritsen, the UFCW national vice president of meatpacking, said pay has increased significantly throughout the industry since the pandemic began in a bid to incentivise workers under risky conditions.

The union wants Smithfield to match the starting rate of $19 an hour offered at a JBS pork plant 70 miles (110 kilometers) away in Worthington, Minnesota.

As workers fell ill amid the outbreak, the plant was forced to close, causing severe disruption to meat supplies across the country and highlighting the vulnerability of the meat supply chain.

An employee strike could have a similar ripple effect, as the plant produces roughly 5 per cent of the nation’s pork supply every day.

However, union leaders have said that they hope to avoid a work stoppage as they met with company representatives on Tuesday.

Plastic Eating Enzymes: It will take a few days for the...