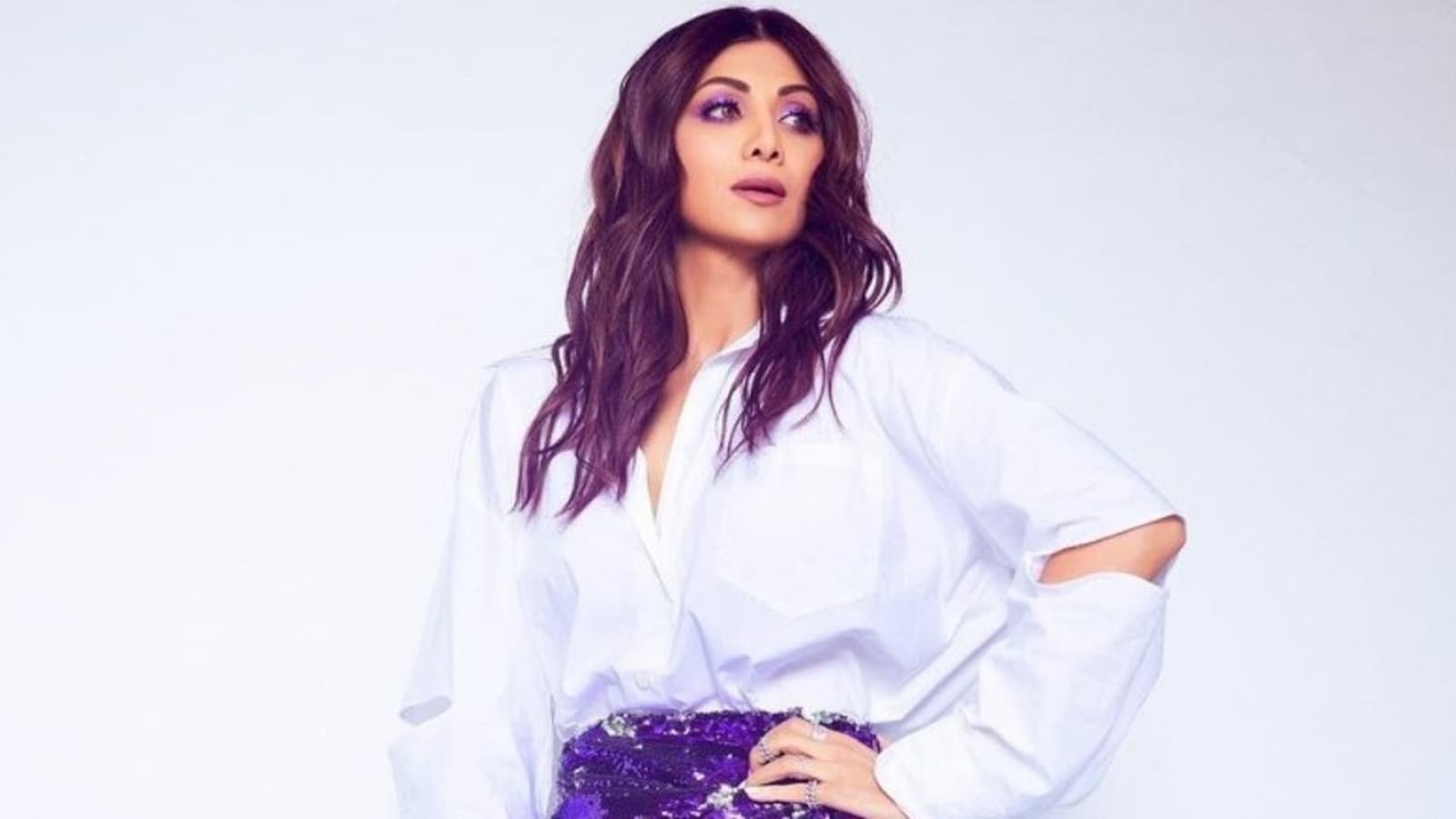 
Actor Shilpa Shetty Kundra has left social media buzzing with her latest song Chura Ke Dil Mera, from her upcoming film Hungama 2 that also marks her return to acting after over a decade. However, it is her latest look, for the film’s promotion, in a trendy white shirt and shimmery mini skirt that has caught our attention.

Exuding boss vibes, Shilpa took to Instagram today to share a picture of herself from a photoshoot dressed in the chic attire. She wore the ensemble for promoting her comeback movie Hungama 2.

The 46-year-old star chose a crisp white blouse and a shimmery sequinned mini skirt for the shoot. The white blouse features a button-up front with a breast patch pocket. Though the top looks like a classic white shirt, it is anything but that. The gathered long sleeves of the collared top featured slits on the elbow, giving it a trendy look.

Shilpa teamed the white blouse with a violet sequin draped skirt. The mini skirt, made from stretch mesh covered in light-catching paillettes, had a dramatic draped detail to the front. In the ensemble, Shilpa proved that sequins for party season are the equivalent of florals for spring.

Coming back to Shilpa’s attire, the mini skirt is from a label called House of CB. If you wish to add it to your collection, we have found the details for you. The affordable piece is worth ₹1,962 (GBP 19).

What do you think of Shilpa’s look?

CDC recommends masks indoors in US where cases are surging

Covid 19: ‘There is a possibility of third wave of Kovid this month, may...

Preparing to challenge China in its home: India will send its 4 deadly warships...

Vasan Bala, Abhishek Chaubey on how they’d react if Ray watched their films

NEET 2021 Exam: Prepare for NEET exam with less pressure and...